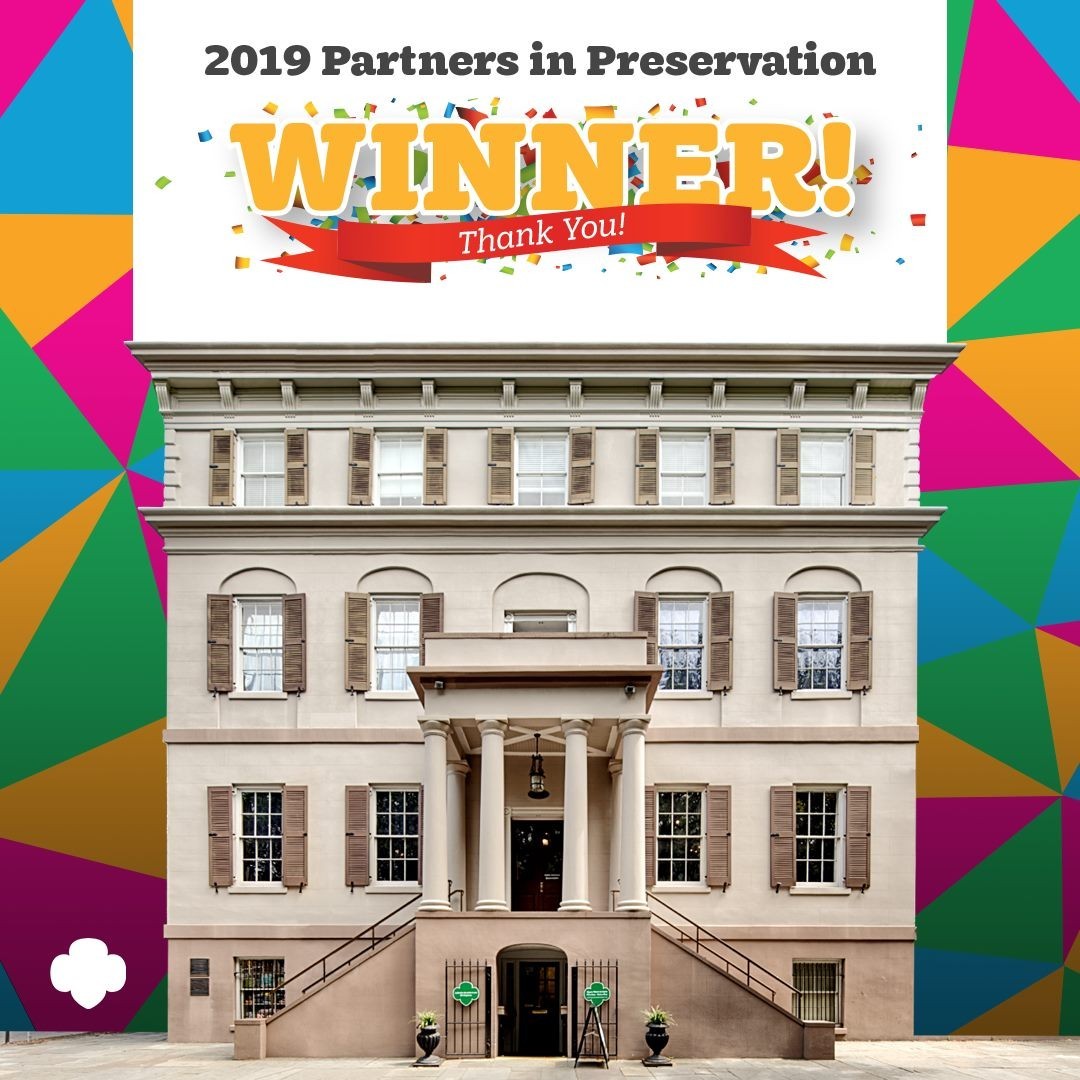 The Juliette Gordon Low Birthplace in Savannah was announced as one of the winners of a $150,000 grant from Partners in Preservation, a joint initiative of American Express and the National Trust for Historic Preservation, in collaboration with Main Street America. Twenty historic sites participated in the public voting campaign, and GSUSA united with our councils across the country to leverage our collective social media presence, ultimately winning a share of $2 million in funding. We wound up with a total of 122,566 votes—thank you for your support!

Known as the “front door” of the Girl Scout Movement, for more than 60 years the Juliette Gordon Low Birthplace has helped visitors from all over the U.S. and world learn about the life of an incredible woman who in 1912 founded the largest, most powerful, and most successful girl leadership development program in the world: Juliette Gordon Low.

This year, Partners in Preservation is marking the 100th anniversary of the passage of the 19th amendment by providing funding for historic buildings and sites dedicated to women. As the founder of Girl Scouts, Juliette Gordon Low was paving the way for women in leadership before the 19th amendment was passed.

Visiting Juliette Gordon Low’s birthplace is an essential part of the Girl Scout experience—right up there with selling cookies, camping, and exploring STEM. Thanks to the grant from Partners in Preservation we can ensure that Juliette Gordon Low’s legacy remains vibrant for future generations of girls and visitors from around the world!